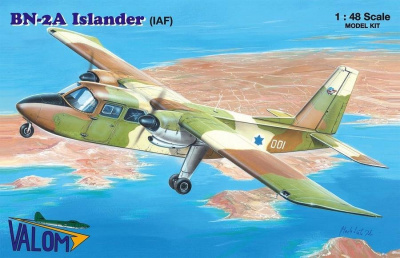 This is an injection-plastic aircraft model kit. This beautifully detailed kit of the Britten-Norman BN-2A Islander is an entirely new mold!  The prototype of this general-purpose aircraft made its first flight in 1965, and it is used by more than 500 airlines in more than 120 countries; it is still being produced (with some changes to the engine) after more than 50 years!  This particular aircraft was used by more than 10 airlines, including New Japan Airlines, Daiichi Aviation, and Ryukyu Air Commuter in Japan. Includes photo-etched parts and decals for 2 versions; will be about 22.6cm long with a wingspan of 31.1cm when completed.