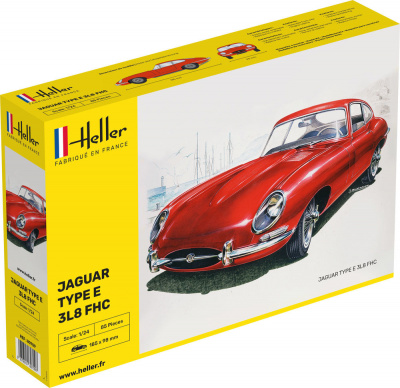 The Jaguar E-Type made its debut at the Geneva Motor Show
in 1961. He followed his big brother XK120 with twelve years
apart. After the first two prototypes, which were two-seater convertibles, Jaguar developed the E1A (A for aluminium). The car was powered by a six-cylinder engine and was available as a coupé or cabriolet, then as a 2+2 from 1966.