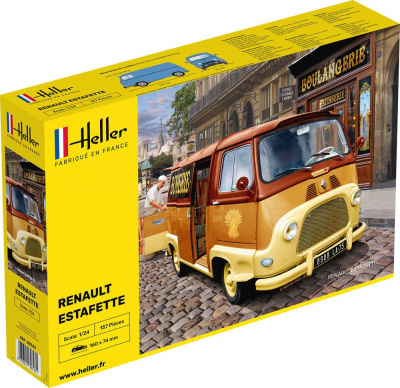 
It is often assumed that the Renault 4 (ref. Heller 80759),
launched in 1961, was Renault‘s first front-wheel drive car.
This is not the case. It was the Renault Estafette utility
vehicle of 1959. The French competitors at that time were
the Peugeot D3A/D4B and the Citroën Type H (ref. Heller
80768). The Estafette was based on the Citroën‘s fron­twheel
drive system, which thus offered a large, flat load floor,
four independent wheel suspensions, a sliding side door and
a three-wing rear door.